The Power of Habit by Charles Duhigg 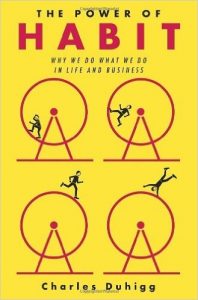 In his book, The Power of Habit, Charles Duhigg offers us a neurological model  for under-standing how habits form and how we have the ability to change them.  He also offers us a way to understand what this means for leaders and organizations. His central argument is that habits can be changed if we understand how they work and then invest the energy and discipline it takes to change them. Further, changing habits can have a profound impact on an organization.  Duhigg describes and discusses the idea of a keystone habit and emphasizes that starting new habits can be just as impactful as breaking old ones, particularly for leaders.

Keystone habits are the ones “that matter the most – the ones that when they start to shift, dislodge and remake other patterns.  They can be an existing habit that needs to shift or a new habit that gets created.”

From a neurological perspective, Duhigg explains that a “habit is a simple loop: a cue, a routine, and a reward.  Backing out of the driveway, replying to emails, choosing what to munch on at 3:00 PM, running before work – many of our most basic daily actions are not, in fact, the products of well considered decision-making, but outgrowths of habits we often don’t even realize exist.”  The same is true of organizations.  We like to think that organizations make rational choices based on deliberate decision making, but the reality is that organizations operate mainly on habit.  All organizations have institutional habits.  Some are helpful and some are destructive.  You know what they are for your organization.

Simply put, when leaders have helpful habits, goals are met.  When leaders have not so helpful habits, the converse is true.  For years, we have known that habits are hard to break and hard to create.  What Duhigg helps us understand is that changing a routine doesn’t change a habit.  Rather, it is the changing of, or creation of, a cue or series of cues that enables our brains to create a routine that will result in a different reward.  A positive reward then supports us seeking out that cue or set of cues.  In terms of our daily activities, breaking the habit of eating an afternoon cookie doesn’t happen at 3:00 pm when we usually walk to the snack bar. It happens when we change the cues leading up the time when we would ordinarily eat the cookie, and then are pleased with the reward of losing weight.

Organizationally speaking, a leader wanting to break the habit of poorly run meetings doesn’t simply announce in a meeting that he/she wants the habit to change.  He/she focuses on the process of preparing for and executing the meeting.  And then, when everyone is pleased with the positive reward of a well-run meeting and feels that their time was well spent during the meeting, new habits can be formed.  This takes focus and discipline and leaders need to be the first ones to model the new habits. When there are breakdowns, they should be viewed as an opportunity to learn.  Good leaders look for patterns and then change the cues.  By focusing on one or two keystone habits, the impacts can be tremendous.  In the book, there are many examples of how leaders, who by focusing on one habit, were able to change the culture of an organization.  Imagine the possibilities!!

Charles Duhigg is a Pulitzer prize-winning reporter at the New York Times and author of The Power of Habit: Why We Do What We Do in Life and Business, which has sold over 2 million copies worldwide and spent over 90 weeks on New York Times’ best seller lists. 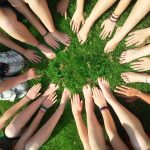 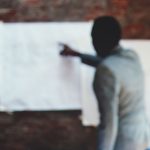